At our department was online protection of the Master of Sciences Andrii Otroshko. The master’s dissertation A. Otroshko  was performed on the theme «Electromechanical systems based on Asynchronous Motors with inverter dead-time compensation». In his work, he proposed a method for assessing the negative impact of the phenomenon of  “dead-time” workability of which was confirmed by experimental data.

The method makes it possible to estimate perturbations caused by imperfect properties of semiconductor keys with a high degree of accuracy without additional time and computing power. The paper also examines methods for compensating for the negative impact of the phenomenon and performs a comparative analysis of their effectiveness. During the work on the master’s thesis, an experimental installation (autonomous voltage inverter) was developed and a program code was written, which makes it possible to implement the basic modes of operation of the inverter and the algorithm for the formation of the vector PWM. The following scientific articles were published with the participation of the student:

It should be noted that Andrey studied for one semester at a German university THM (Technische Hochschule Mittelhessen) a Dual Diploma Programme. As a result, after graduation he will receive not only a master’s degree from the KPI, but also a Master of Science from a German higher education institution.

Some slides from the Master Protection presentation. 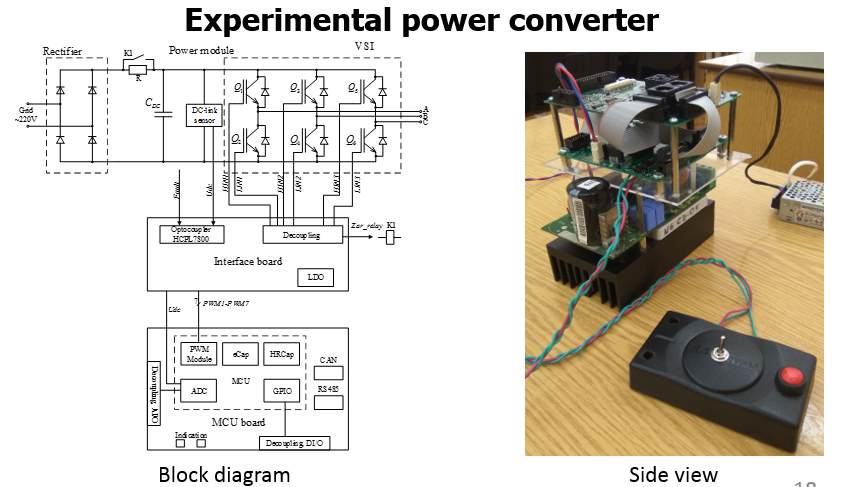 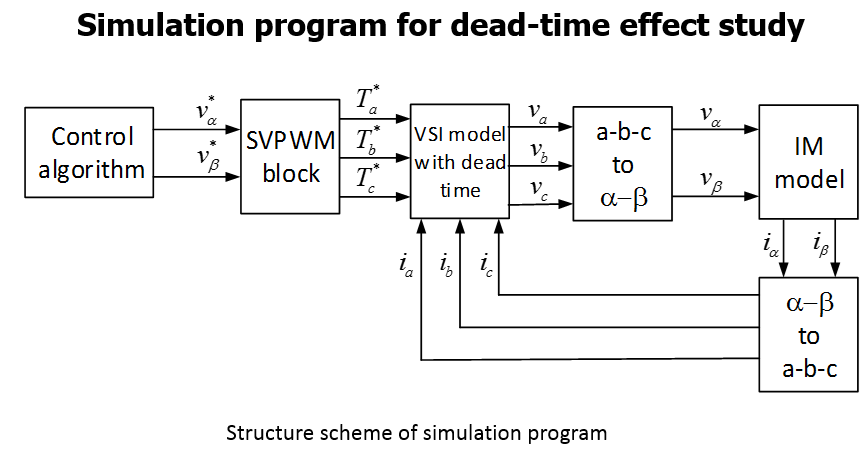 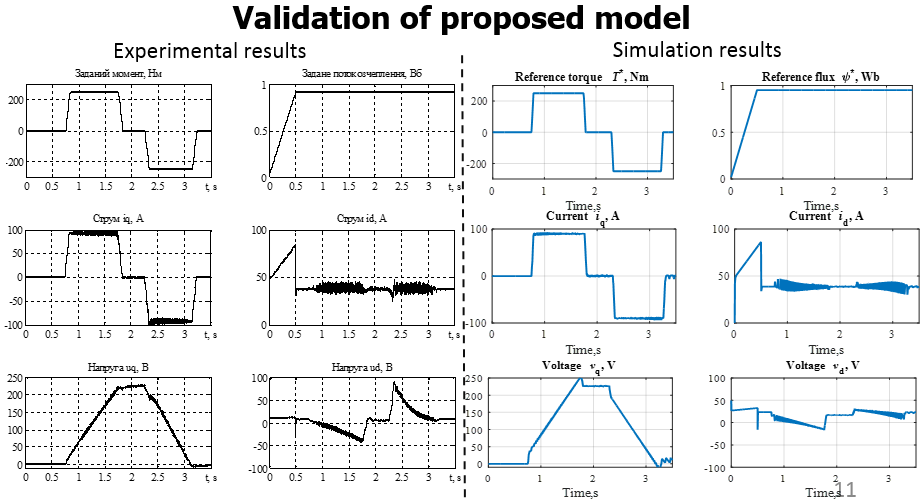 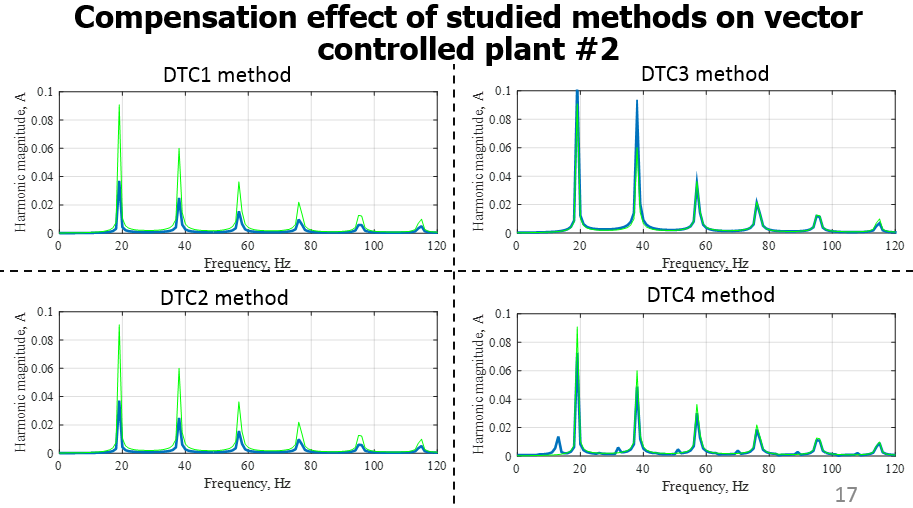