Awarding the winners of the winter series “What? Where? When?”

On December 24, 2020, the final game of the winter series “What? Where? When?” was held at the Department of Automation of Electromechanical Systems and Electric Drive. The best team of the winter series played in the final – that was the team of Ivan Epifantsev. After a grueling game, the team still managed to win with a score of 6:5 and receive the prizes from the gift partner of the winter series – Luxoft Ukraine. Also, team captain Ivan Epifantsev received a prize from our partner – a Raspberry Pi 4 computer and a SanDisk Ultra 16Gb memory card for a good game in the Superblitz sector. On Tuesday, 29 december, Epfiantsev Ivan and Pechenkina Lilia visited us at the department to present their gifts. 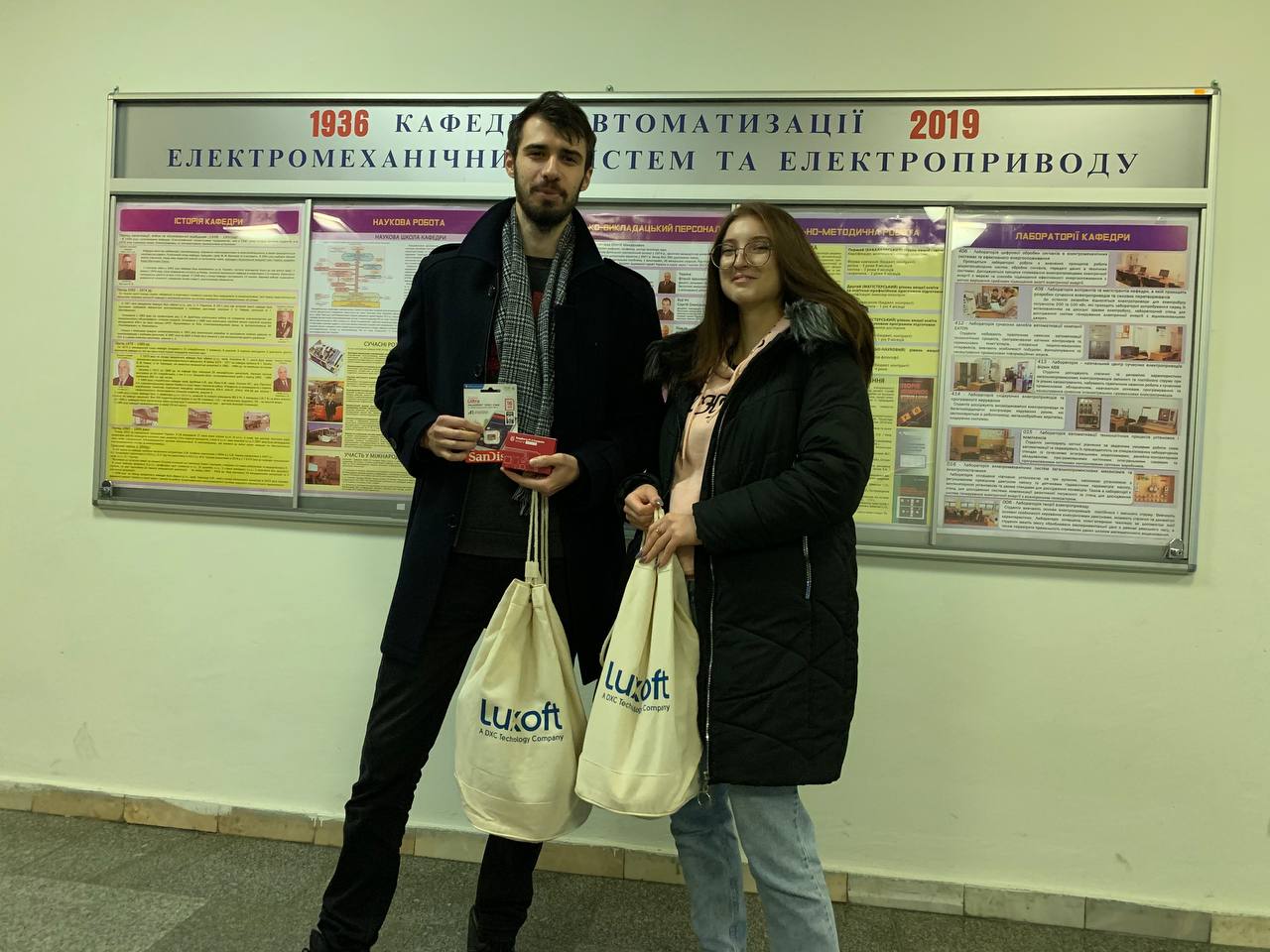 Also, our intellectual club wants to congratulate everyone on the coming New Year and wish intellectual success in the new 2021!

We remind you that the spring games “What? Where? When?” at the Department of Automation of Electromechanical Systems and Electric Drive begin in late February 2021. Each student can join the game by creating their own team of four players. Create teams, and send detailed information on them to burian.serhii@lll.kpi.ua.