Green Deal program: the future of the specialization «Electromechanical systems of automation, electric drive and electromobility» in the development of the new economy of Europe and Ukraine

The “Green Deal” program, announced by the European Union at the end of 2019, also as “Green pact for Europe” or “European Green Deal” [1]. This program is certainly the largest project in the history of restructuring the European economy, namely its decarbonization over the next 30 years. The term “decarbonization “implies the rejection of the use of traditional fuels (coal, oil, gas) in order to transform the European continent into the first climate-neutral, through the use of alternative energy sources, primarily wind, solar,” green ” hydrogen, etc.

The budget of “Green Deal ” is approximately 1 trillion euros [2], which will be distributed among several programs. First of all, the directions of restructuring the European economy are planned to be implemented within the framework of the “Horizon Europe” Program, which is a continuation of the current “Horizon 2020” program.

The profile of training specialists and the scientific direction of the Department coincides with 5 of the 11 areas of activity that are formed in the “Green Deal”, as shown in the figure. 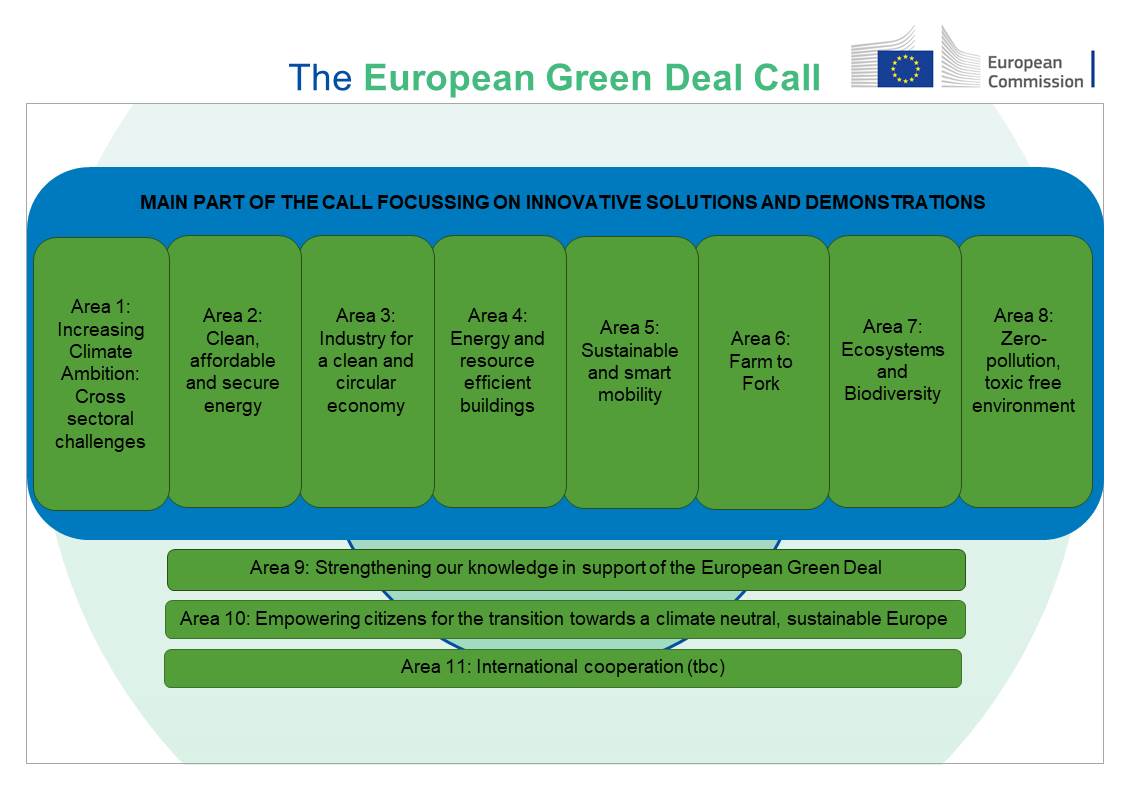 Areas of activity of the “Green Deal” program”

In the main conceptual line of this program called “Green” generation of electric energy, its transmission and storage, efficient use” the role of the electric drive is fundamental, since up to 40 % (in industry up to 60 %) of all electricity generated in the world is converted into mechanical work by means of electric drives. Therefore, the efficiency of both electric drives and automation systems of technological processes and installations that are implemented on their basis have a global impact on the achievement of the goals that are formed in the “Green Deal”, the ultimate goal of which is to improve the quality of life of Europeans.

It is also important to note that modern wind turbines use as a Generating System the structures of electric drives in generator mode, which regulate the characteristics of a wind turbine.

One of the main areas of the program, namely “Intelligent” Mobility, is based on the rejection of the use of internal combustion engines and the transition to electric vehicles (electric vehicles, electric buses, electric trucks, in the future regional electric planes, etc.), the traction system of which is made on the basis of regulated electric drives. It is expected that the transition to all-electric transport will take place within the next 10 years. From the point of view of the development of electric vehicles, their interaction with autonomous power sources based on batteries, supercapacitors and hydrogen fuel cells is important. The Green Deal program provides for the creation of industrial installations for producing “green” hydrogen by electrolysis, using electricity from renewable sources. It is highly likely that in the future this path of energy storage and storage will be considered as the main one.

You can get acquainted with the main directions of the “Green Deal” program here [3].

Representative of Ukraine in the program committee

and innovations ” Horizon 2020», Head of the Department