Victory in the student contest 2018

Once again our students distinguished themselves in competition in the field of knowledge ‘Electrical engineering and electromechanics’, which held for 23 years in the city Kamianske (formerly Dneprodzerzhinsk) of the Dnipro region.

This year our department students managed to take 4 first and 2 second places. Partially, this is the result of fact that most of our speakers have already taken part in the competition last year, which allowed them to make the most of experience and to bring energy of victory to those who came here for the first time. 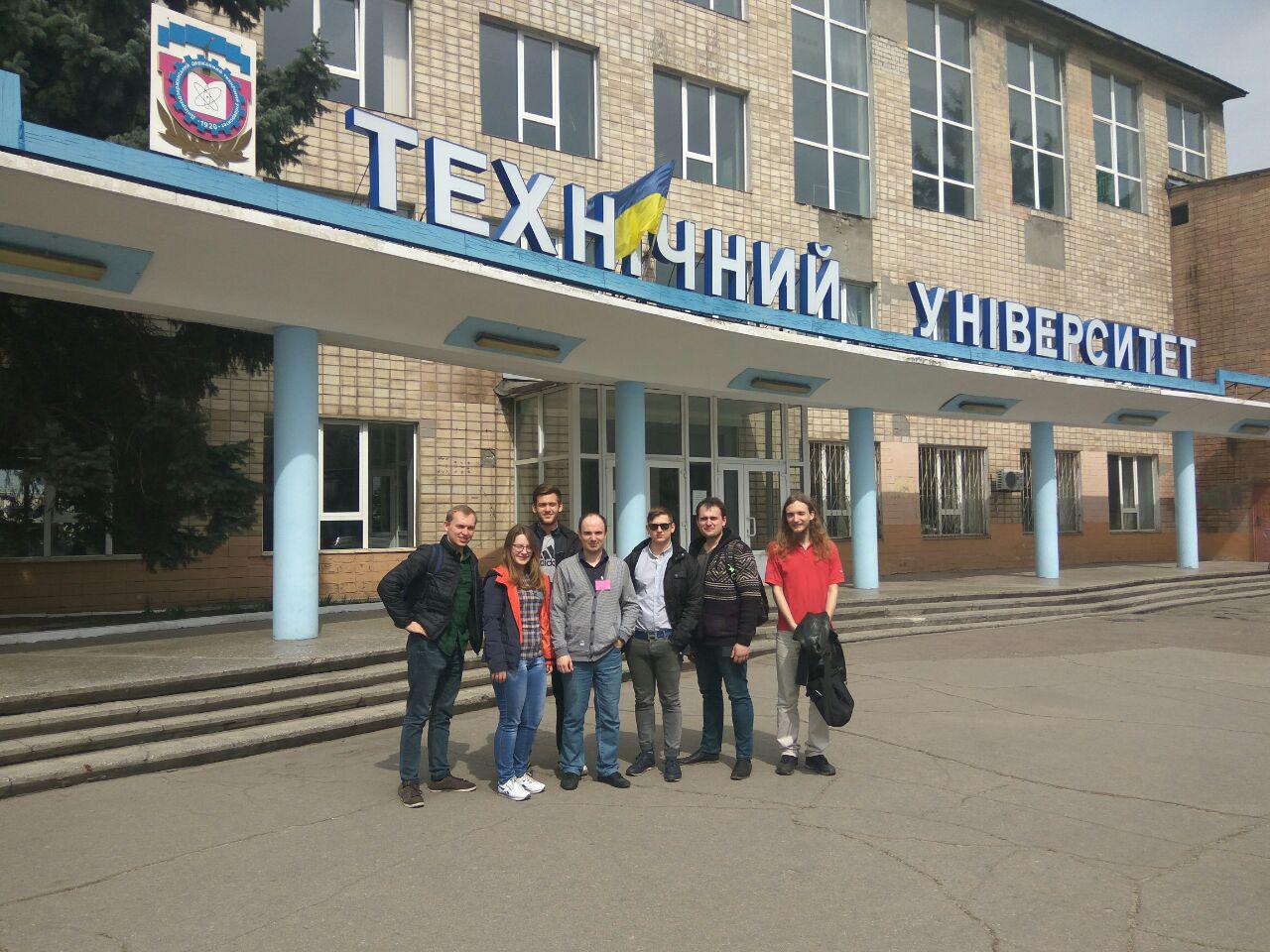 145 works were submitted for the first round of the competition, 56 of which were passed to the second round with presentation of reports.

Places were distributed as follows:

The works are devoted to actual solutions in the field of automated electric drive and theory of automatic control, namely: control of DC-DC converter for electric vehicles, strategy of AC machines control ‘maximum torque per ampere’ (MTA), observer study of pumping installation efficiency.

Traditionally at the opening of conference, there was talented student’s performance of dancers, singers and musicians, strengthening the morale of the participants.

In free time, local attractions were visited, among them: newly built park in city, as well as the seafront of the Dnipro; this city was quickly reached by electric train.

After the competition, students went to the Srednodniprovskaya HES (formerly Dneprodzerzhinskaya HES), where they saw process of locking ships between high and low water levels (photography was not allowed by the guards), and bridge cranes, which provide unloading trains on a bridge between city left and right coasts.

At the final meeting, the winners of the contest were awarded. Our department graduate of 1967, Doctor of Technical Sciences, Professor of the Dneprovsky State Technical University (DDTU) Electrical Engineering and Electromechanics Department Alexander Sadovoy awarded the students.

This is one of the prominent our department graduates, who worked as vice rector for scientific work of DSTU. He is a member of Ukraine Higher Educational Institutions Scientific Work Vice-Rectors Council Presidium, member of two specialized academic councils for defending doctoral and candidate dissertations, and member of four scientific journals editorial boards. 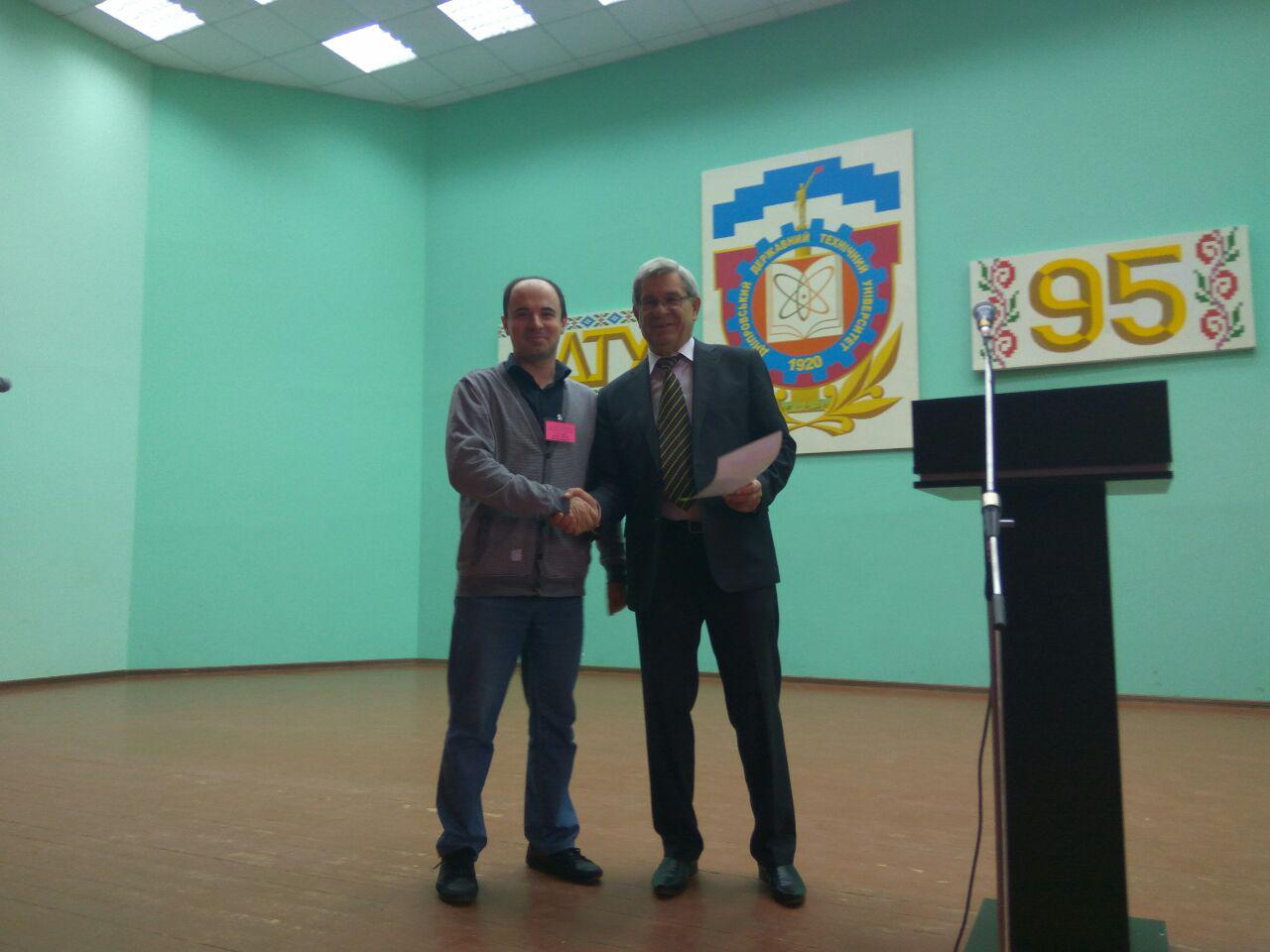 The chair wishes big luck and further success to the winners of contest in their scientific and educational activities, and also hopes for the same result in next year. Two of this year participants are already preparing their works for contest in 2019. 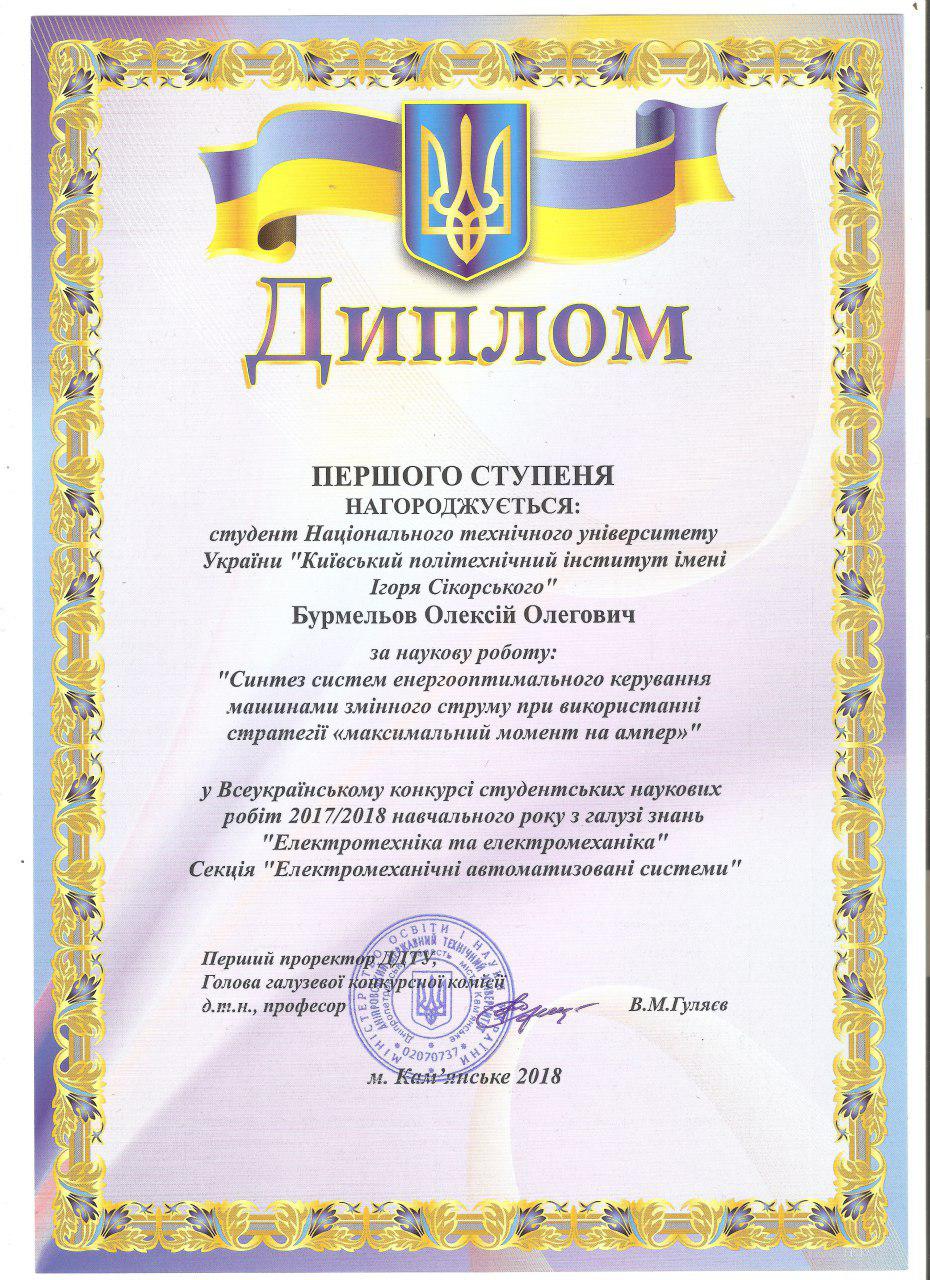 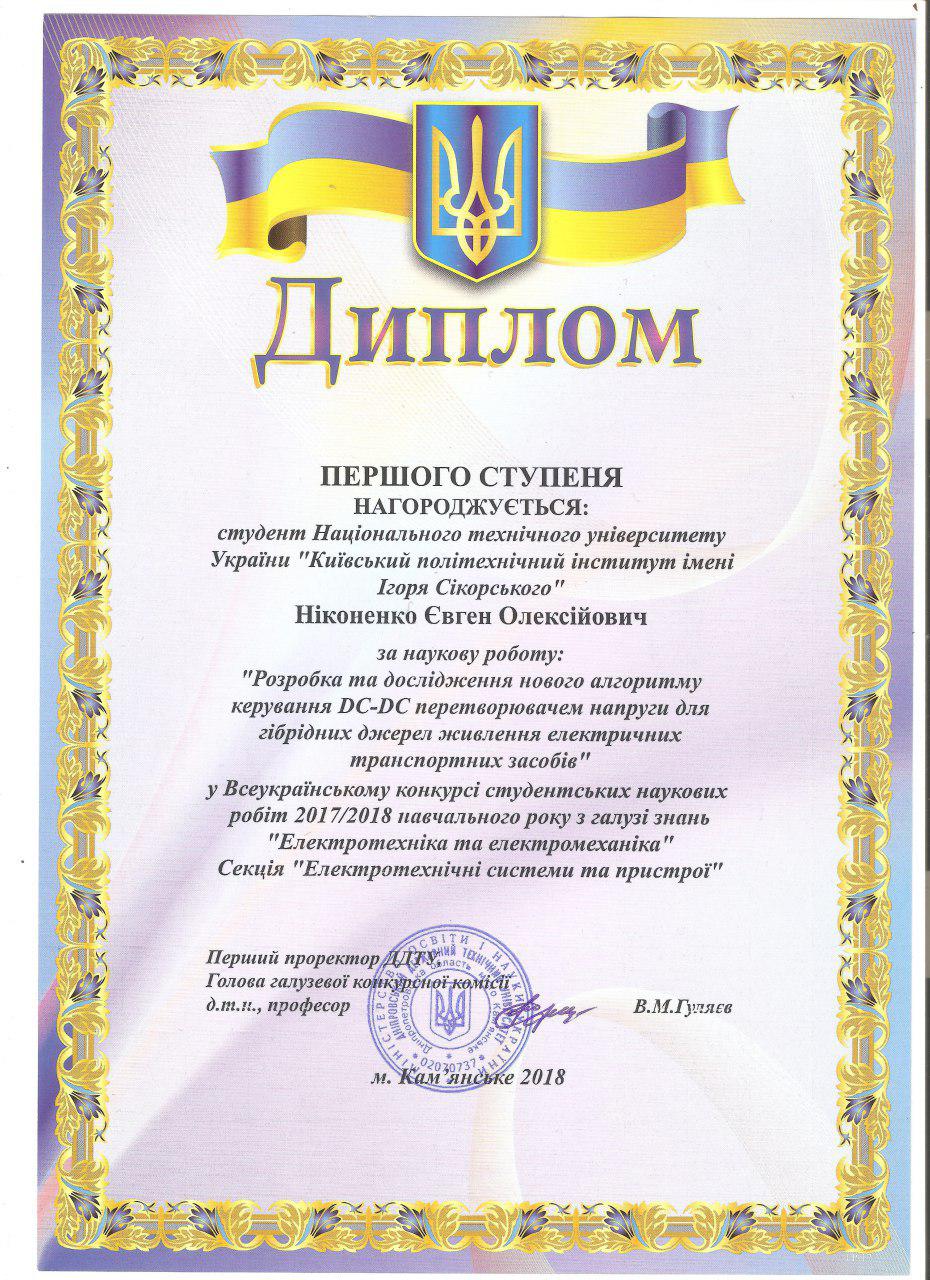 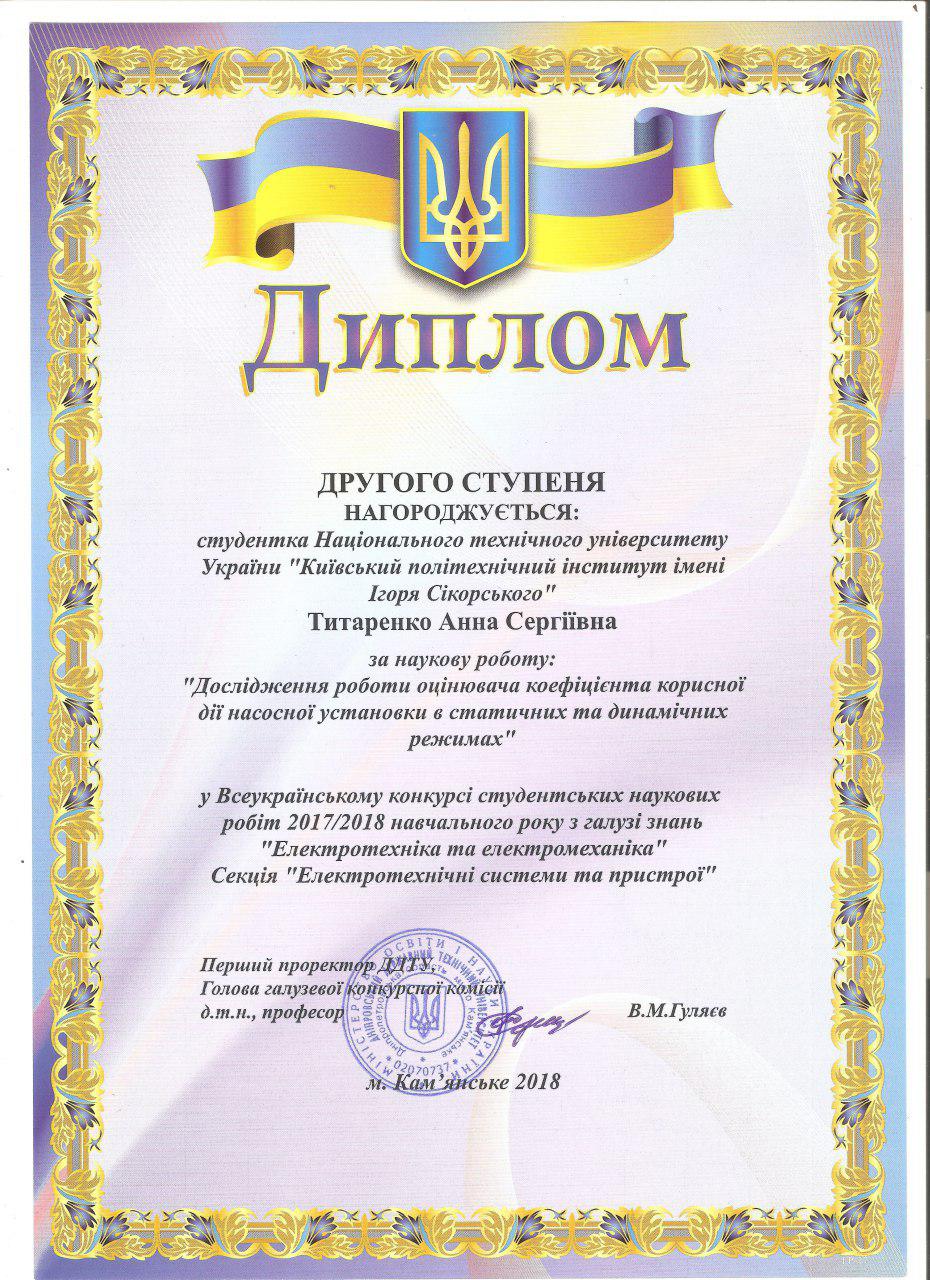 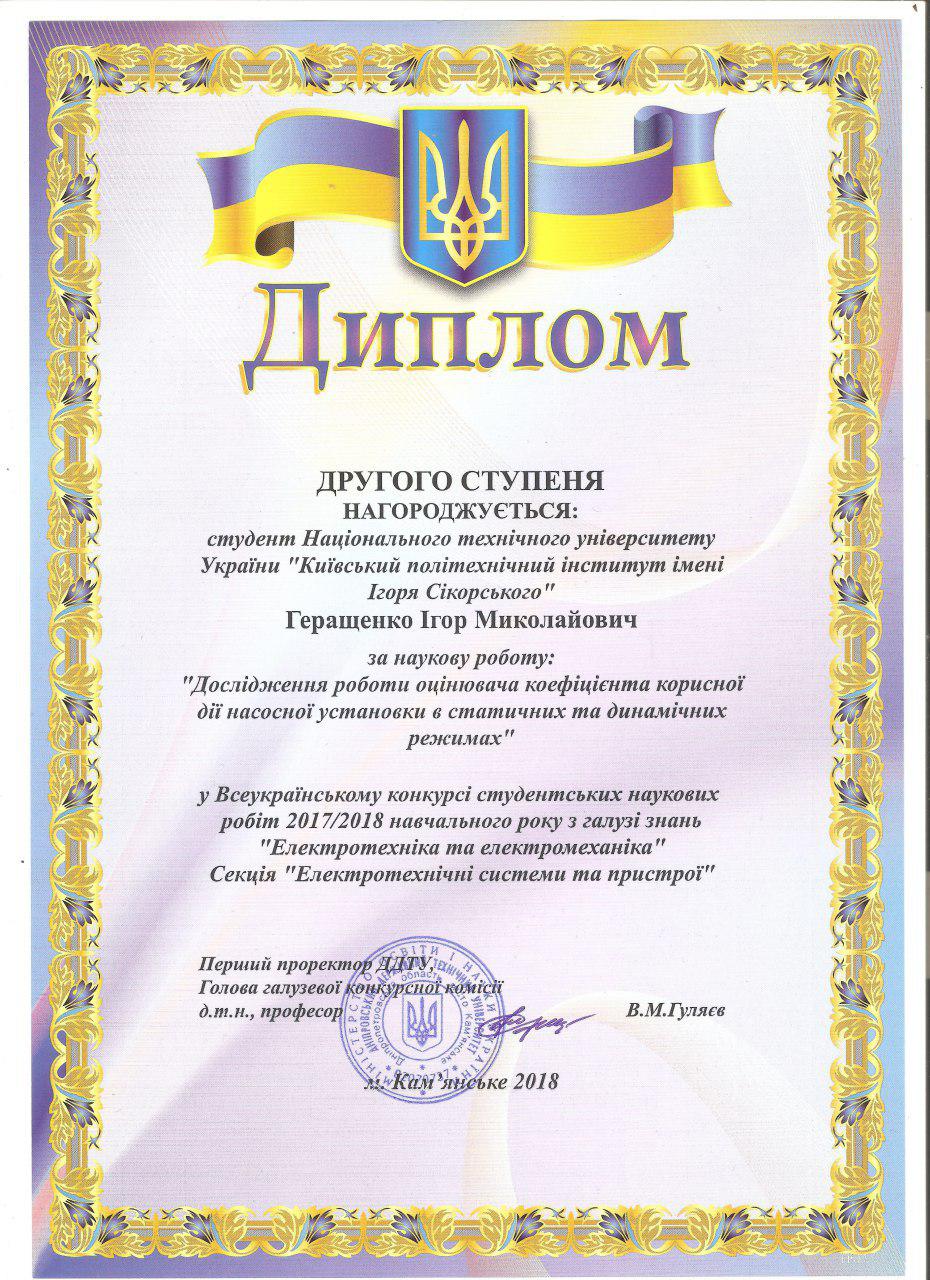 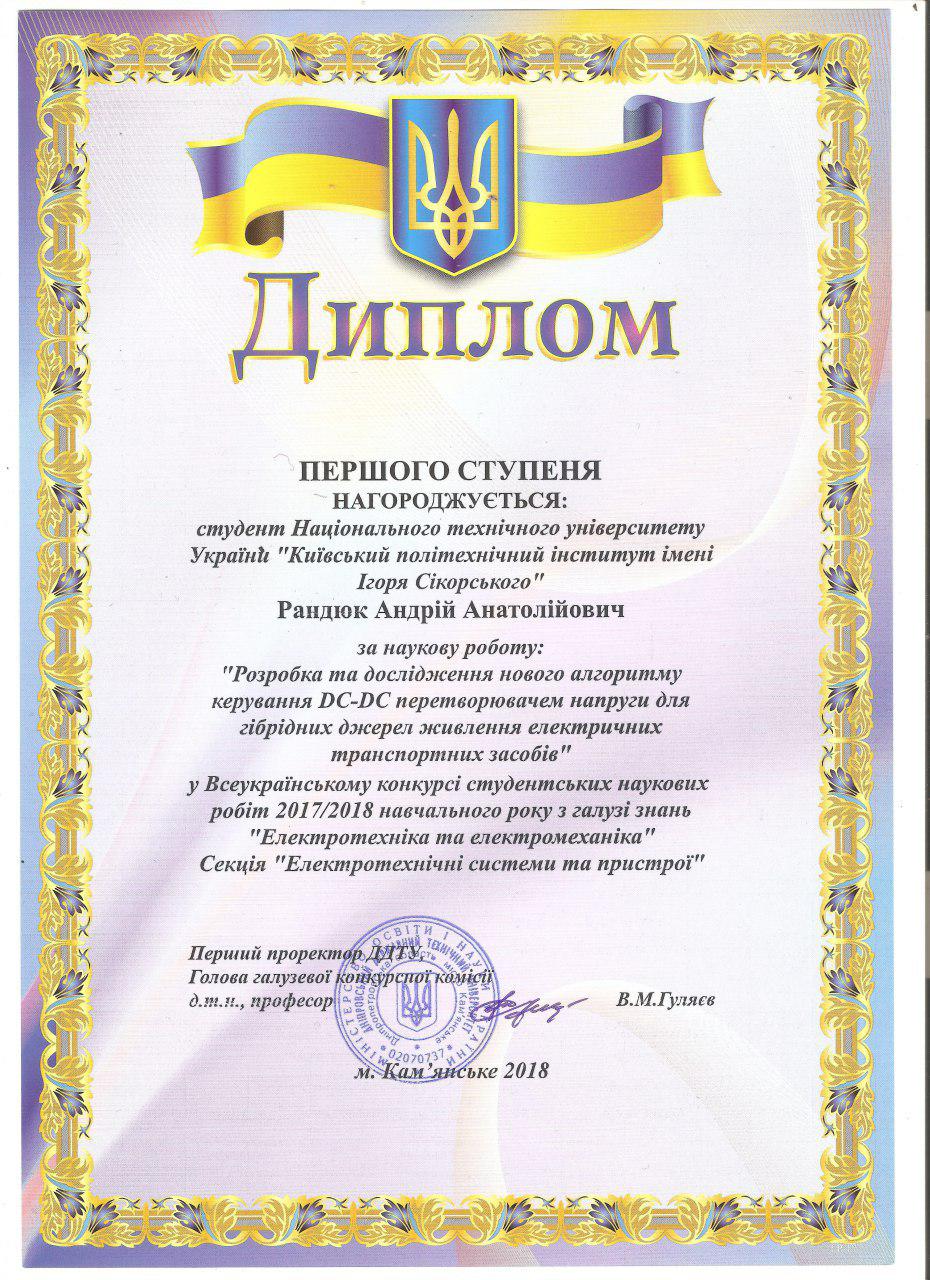 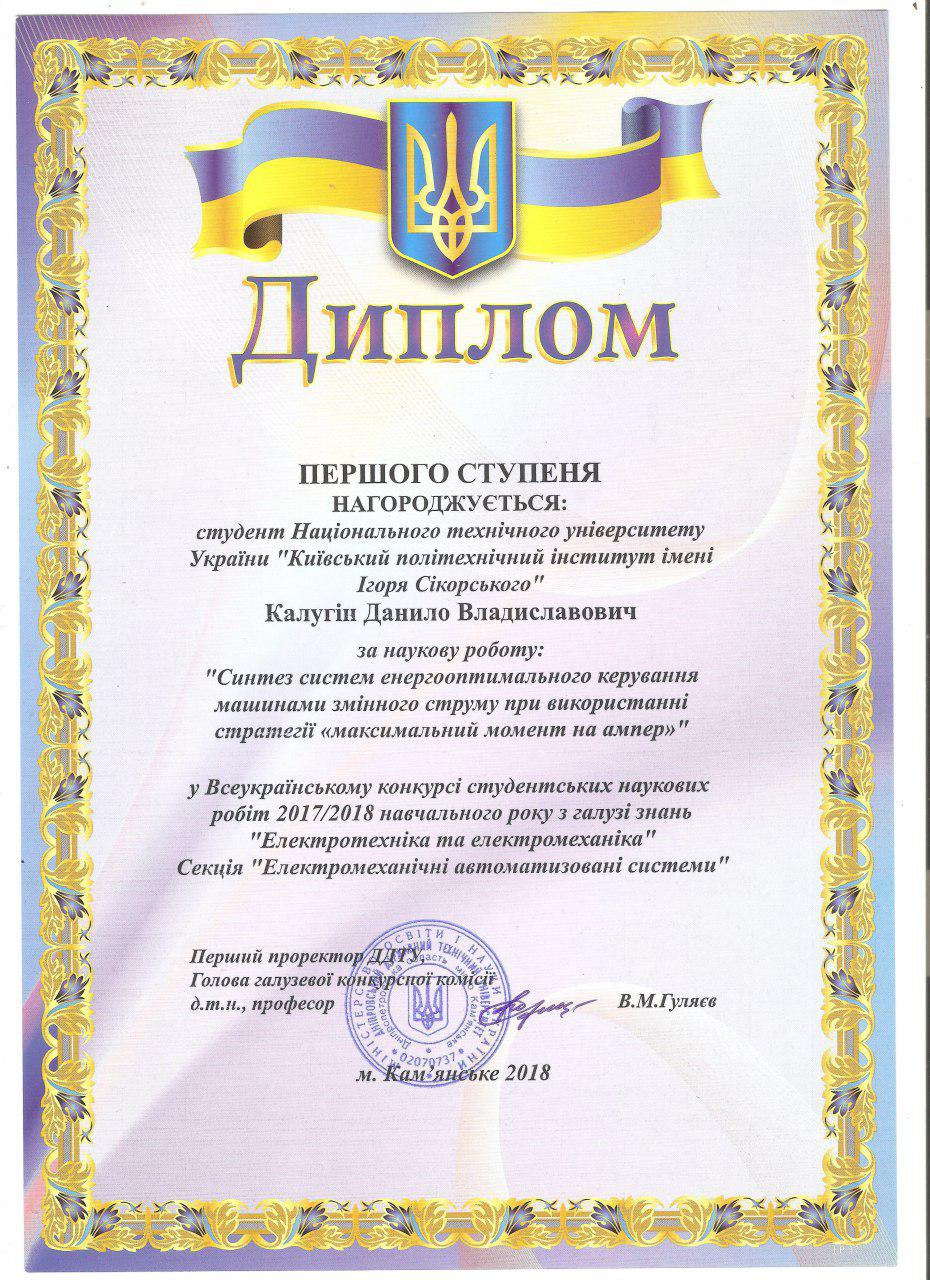 All forms of education in Igor Sikorsky KPI are chaged into distance study from 12.03.2020 to 03.04.2020. Study process is realized by means of electronic cabinets in "E-campus", and other media.
All mass events are prohibited for this period.
Take care.


In accordance with the order of the Cabinet of Ministers of Ukraine No. 211, visits to educational institutions by their applicants are prohibited, therefore, all issues are to resolve remotely.
In case of critical questions regarding the educational process, which cannot be resolved remotely, you must make an appointment for consultation from 10 a.m. to 1 p.m. via Telegram or by phone
+380 (95) 794-45-98.
Viktor Reshetnyk.

Distance consultations are available for all the staff from 9 a.m. to 5 p.m. Contacts of the teaching staff can be found from senior students of each group.